What Is Stomach Cancer

The stomach is a tiny, pouch-like organ positioned in the upper region of the abdomen(belly). The stomach helps to digest food and is an essential part of the digestive system. Once the meal is chewed and swallowed, it travels through a tube known to be the esophagus, which carries food through the throat and chest to the stomach.

The tube linked the stomach at the gastroesophageal (GE) junction. The stomach then begins to break down the food for absorbing nutrition by secreting gastric juice. The meal and gastric juice combined then entered into the small intestine section.
Cancer begins as one cell which multiplies without control and expands to nearby tissues. The cells keep dividing and spreading without control until they form a lump or mass on the outside of your body or inside one of your organs. A tumor is a piece of mass in the part of the body, normally made up of a bunch of cells that multiply at a very speedy rate.

Because there are so many different types of stomach cancers, it’s important to understand which kind you have. Tumors can form in the following areas:

The fundus (top) or body of the stomach has three layers of muscle, but Tumours tend to occur in the body rather than in the top layer. Tumors that form in this lining are known as adenocarcinomas and account for 90% of stomach cancers. The remaining 10% of stomach cancers are called sarcomas. They start in muscle tissue or in blood vessels or lymph nodes that are near the stomach. In rare cases, stomach cancer can develop from a pre-cancerous condition (dysplasia) that can occur on the surface of the small bowel (intestines).

Adenocarcinomas can also start in glandular tissue and intestinal polyps that grow inside the stomach. 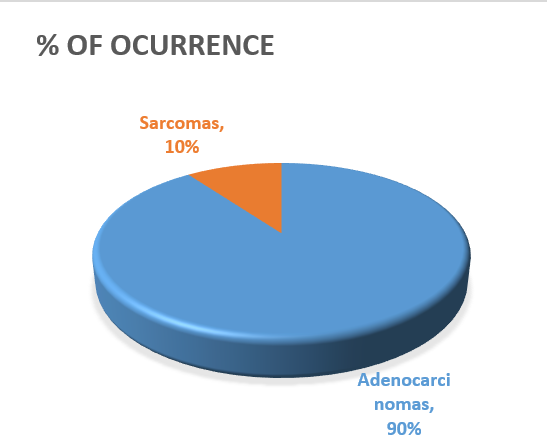 Tumours can also occur in the lesser curvature, which is part of the stomach’s curve at the top of the abdominal cavity. Lesser curvature Tumours are most likely to occur in men than women.

Inside the Stomach, there are cells of the line from where stomach adenocarcinoma begins. It can happen on its own or along with other cancers that start in parts of the digestive tract like the esophagus, small intestine, colon, or rectum. When it happens with another cancer, it has a name: gastric carcinoma.

The two main types of stomach adenocarcinoma are

The intestinal type tends to grow more slowly and has a slightly better outlook than the diffuse type, which tends to grow faster and spread more quickly.

More types of cancers that can begin in the stomach are 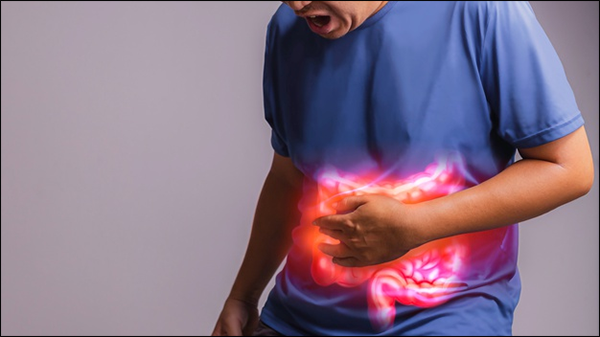 Tumours can also occur around the GE junction, where the esophagus joins with the stomach; these are called gastric cardia Tumours. Gastric cardia Tumours tend to be larger than other types of stomach cancer and carry a poorer prognosis. They are also more likely to have spread to nearby lymph nodes before diagnosis, even if they are smaller than 1 centimetre (cm).

In contrast, other types of gastric cancers often spread to lymph nodes later on in their development, after they have grown larger. Gastric cardia Tumours also have a higher risk of spreading to other parts of the body, such as distant organs like the liver or lungs.
Treatment depends on which type of stomach cancer you have. Surgery (the removal of part or all of an organ), radiation therapy (the use of high-energy rays to kill cancer cells), chemotherapy (the use of drugs to kill cancer cells), and targeted therapy (treatment that uses drugs or other substances to attack specific types of cancer cells) are among the options.

When to see a doctor?

Stomach cancer can be hard to detect because the symptoms can seem like something else.

One of the hardest things about stomach cancer is the fact that it often doesn’t exhibit symptoms until it’s too late. Cancer that might go unnoticed as long-term problems by people who don’t take their health seriously and aren’t attentive to what’s going on with their body. Many doctors agree that the most important way to stave off an untimely death from this terrible disease is by maintaining a healthy diet and staying in touch with your body so you can notice any changes and alert your doctor.

You need to understand about signs and symptoms of stomach cancer so you can head off any potential issues before they become a problem. About two-thirds of people with stomach cancer will have early symptoms that can be easily recognized and treated, such as: 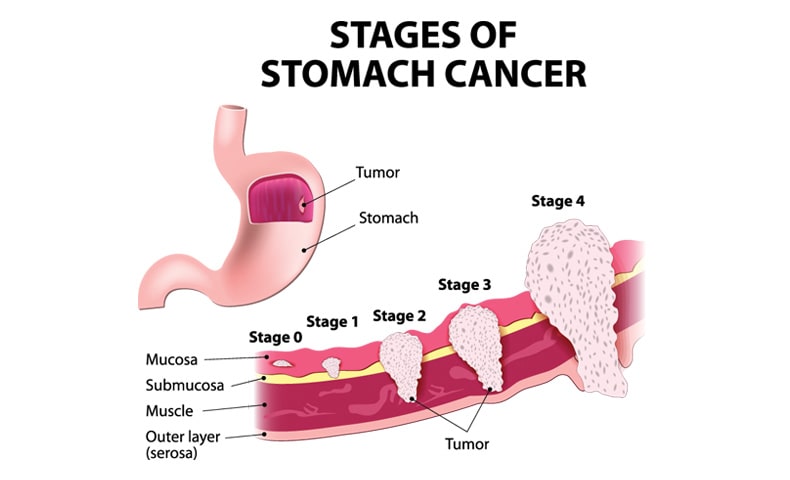 While it is not as common as breast or colon cancer, stomach cancer can be fatal. If you are experiencing any of these symptoms, it is vital to get an appointment of your doctor as early as possible.

Being male – Males are more likely to thrive stomach cancer than females.

Genetic history – Having several relatives who has suffered stomach cancer may increase your risk.

Smoking – cigarettes expand your chance of developing stomach cancer. If you smoke and have a family history of stomach cancer, talk to your doctor about quitting and reducing your chances of getting this disease.

Tobacco use – Using other forms of tobacco increases the risk of gastric cancer as well.

Diabetes – Being sugar expands your risk of stomach cancer.

What remedies are available for stomach cancer?

Treatment depends on the stage and grade of the tumour or how far it has expanded. Diagnosis includes surgery, medication, radiation therapy, chemotherapy, and a combination of these. Radiation therapy might be a prime diagnosis or as a follow-up to surgery. In some cases, chemotherapy can help relieve symptoms and improve quality of life.

The most common treatment for stomach cancer is surgery to remove the tumour and some of the surrounding normal tissue. In some cases, all of the stomachs may need to be a take-off of the body (gastrectomy).

This operation takes out all or part of all the body parts from the belly such as the stomach, small intestine (the duodenum), part of pancreas, spleen, and parts of the large intestine.

There are three types of gastrectomy:

Radiation therapy uses a high-energy x-ray or other molecules to kill cells in a local area. Radiation therapy can be given before surgery to shrink or destroy tumours so they will be easier to remove during surgery.

Palliative gastrectomy – Treatment for many cancers of the esophagus, stomach and small intestine requires removal of part or all of the stomach. This may involve removing just a portion of the stomach (partial gastrectomy) or removing all of it (total gastrectomy). Sometimes only a part of your stomach will be removed if you have advanced cancer and there is no hope that it can be cured. This procedure is called palliative gastrectomy. It may reduce symptoms caused by advanced cancer but does not cure cancer or give patients a longer life.

Removing only the tumour increases a person’s chance of survival over removing all of the stomachs, but it doesn’t cure the disease completely because there might be tumour cells left behind.

The standard treatment for stomach cancer is surgical resection of the tumour. The surgery is either partial (subtotal) or total (radical) depending on the stage of the disease. Partial resection may be followed by adjuvant therapy (chemotherapy and/or radiotherapy). The prognosis is often very poor even after surgery as many patients do not survive long enough to be treated with chemotherapy or radiotherapy.

Stomach Cancer Prevention Steps can be taken before It’s too late.

Stomach cancer is most likely to occur in people who are over aged (in sixties) and among male, although the number of new cases has been rising among younger adults as well. Incidence rates vary by race and geography. But what is common is to prevent our self and change in lifestyle which includes:

Correct diet and physical training can also reduce the risk of stomach cancer. Keep up a healthy weight. Restraint the consumption of alcohol and do not addict to tobacco or smoking. Refrain from consuming smoked or pickled meals. Avoid salted meats and fish, which contain carcinogens (cancer-causing agents).

Consume unprocessed vegetables and fruits, as well as coarse-grained foods, including whole-grain bread and rice. Not being overweight and obese, since excess body fat increases the amount of estrogen — a hormone linked to stomach cancer.

When your stomach is empty for many hours at a time, your risk for stomach cancer is lowered. Try to consume three meals a day with a munch in between if required.

However, do not try to force down large amounts of food if you are not hungry or if you are full. Overstuffing yourself may lead to nausea or vomiting if the food moves too quickly through your stomach, possibly resulting in acid reflux or GERD. These circumstances might expand your risk.

Resist eating smoked or pickled foods, which can help you decrease the risk of being a victim of stomach cancer. Stay away from drinking alcohol, especially alcoholic beverages that have been stored or prepared at high temperatures.

Be conscious of fact that cancers can roll out to other parts or organs of the body, including the liver and lungs, so even if you do not have symptoms right away, check with your general doctor on regular basis to get checked for early warning signs if any.